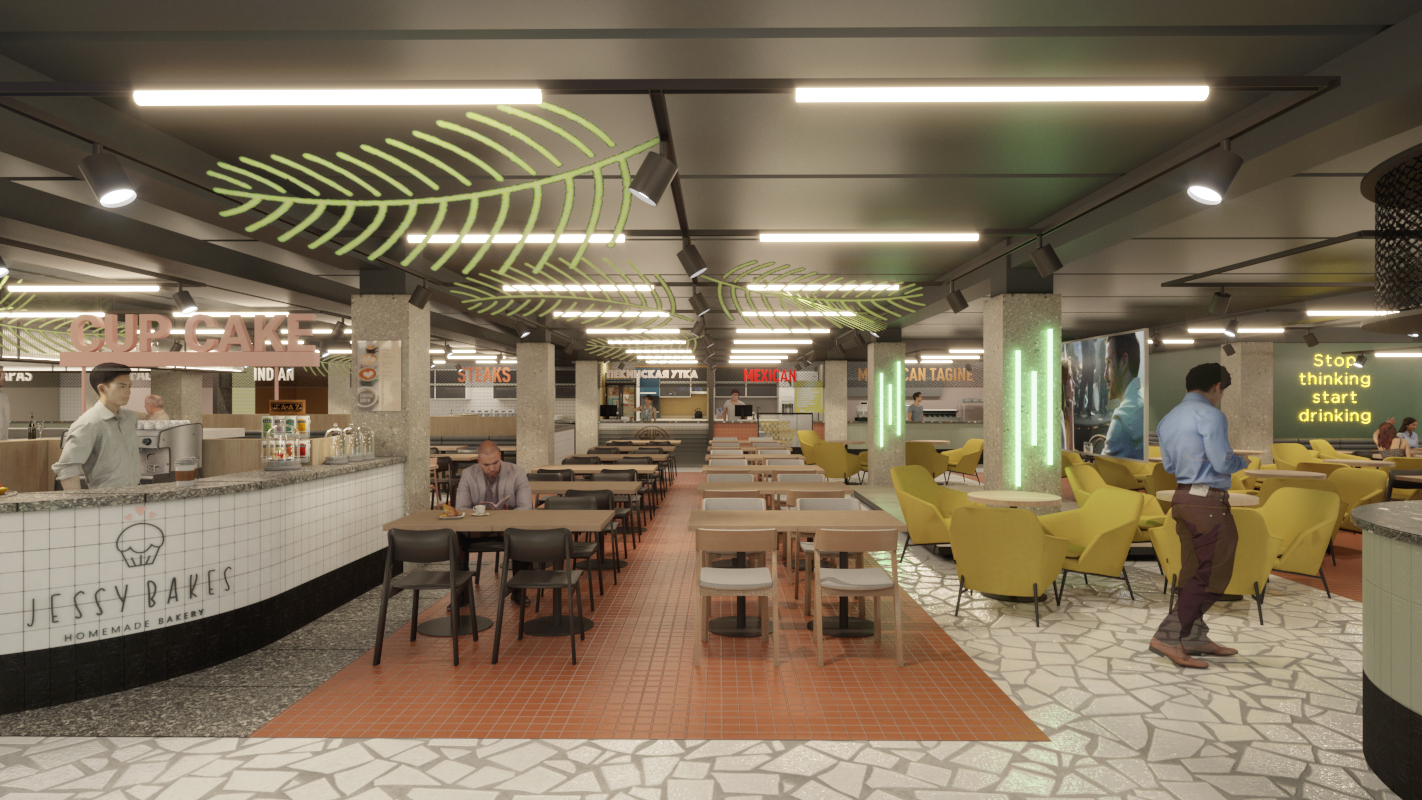 The format of modern and high-quality gastromarkets came to us from Europe. Such successfully implemented projects as the San Miguel market in Madrid, a creation of the modernism era, which received a second wind after its renovation in 2009 (the volume of investments was about 20 million euros) or the re-concept of London Borough Market, which opened on the banks of the Thames in 2010 on the spot the spontaneous market, located here for more than 1000 years, is proved by the growing demand of consumers for high-quality modern gastronomic projects with a democratic policy. Today, foodmarkets and foodhalls appear one after another in Moscow, mastering new locations and responding to requests for a variety and rotation of the world’s cuisines within one market, democratic prices, the possibility of mobile and high-quality food service and delivery. Today, more than 25 such objects operate in the capital, 30% of which are located within the Garden Ring Road, 30% – within the Third Ring Road and 40% – within the Moscow Ring Road – cites data from Ekaterina Shenina, head of the analytics and valuation department at R2 Asset Management. This ratio testifies to the trend of the format gaining popularity among citizens with various social and financial capabilities.

Gastro markets in Moscow usually appear either on the site of former Soviet markets, or as a product of redevelopment of factory territories, or inside shopping centers. Food market areas vary from very small, about 500 sq. m (“Gastroferma” on Nizhnyaya Krasnoselskaya) to the “Depo” food mall on Lesnaya, which occupies an entire block of 17,000 sq. m on the site of the former Miussky tram park. The number of corners here can also differ – from 10 to 200+. “An obvious plus for both the investor and the tenant of the corner in the gastromarket is the low cost of organizing one outlet (about 3-4 million rubles) and, as a result, its quick payback: for the tenant of the corner – from several months to two years (depending on the success of the concept and location), for the operator – from three to five years. This is significantly faster than other types of commercial real estate,” – notes Vyacheslav Rozhmanov, CEO of R2 Asset Management.

“The additional value of such spaces is formed by the cultural component: holding events, culinary shows and fairs, thematic weeks, children’s programs, educational master classes and other conceptual entertainments that the organizers saturate their venues with,” – Yulia Evdokimova, Head of Marketing and Advertising Department at R2 Asset Management, gives an example.

In 2021, another object will appear in the capital, which promises to become a “place of power”, a center of attraction for the townspeople of the Eastern Administrative District – the FORREST gastronomic space at 15 Khabarovskaya Street. In Golyanovo, where there is a shortage of high-quality modern retail space and conceptual catering outlets, it will become the first food hall of its kind. Under a single roof FORREST with an area of over 1.3 thousand sq. m of which 573, 4 sq. m is planned for rent, there will be 24 corners ranging from 15 to 50 sq. m with various cuisines of the world and drinks, and the landing zone will include up to 307 seats. In addition, there will be a stage for events, a bar area and pastry islands. Foodhall will be located on the 2nd floor of the Les shopping center (now the Mango shopping center) at the intersection of the busiest streets of the district – Khabarovskaya and Ussuriyskaya and in close proximity to the final stop of public transport. And in 2023, the Golyanovo metro station will open within a 5-minute walk, which guarantees the future gastronomic space consistently high traffic from visitors. When concluding a contract, foodhall residents will receive all the necessary preferences of a modern gastronomic space with a variety of corners, a developed design concept and partial finishing, a transparent lease agreement and integration into the delivery system, convenient zoning of space and seating of visitors, as well as pre-calculated guaranteed stable and high traffic visitors.

At the moment, the population of the Golyanovo district exceeds 163 thousand people, which promises to provide the shopping center with at least 400,000 visitors per month. The target audience will be pupils and students aged 18-24, as well as young housewives aged 25-34 and office workers 25-44 years old, all those who have no time to cook because of their studies or work or whose part of their lives is spent on work and those who choose a place to spend leisure time near home.

“The emergence of such gastro-formats in residential areas of the city, in our opinion, will generate additional traffic for the shopping center, and the investor will quickly recoup the investment. After all, the taste preferences of today’s millennials and younger generations are very high and diverse, so interesting concepts will be in great demand in any metropolitan area,” – concludes Maxim Vitoshinsky, investment director at R2 Asset Management.