Retail real estate in the realities of the pandemic 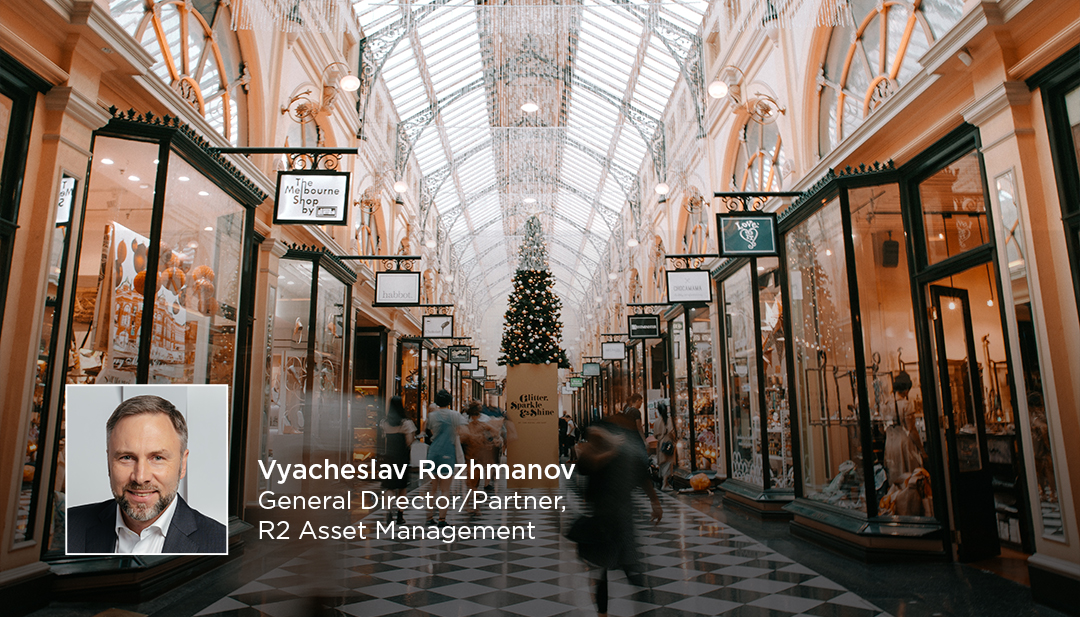 For more than a year and a half, the market of shopping centers was able to adapt to the conditions of the pandemic. According to experts, the bulk of the shopping center already exists quite comfortably in the new realities.

Vyacheslav Rozhmanov, CEO of R2 Asset Management, believes that this has become possible both thanks to the support measures of the authorities and the efforts of professional associations.

Of course, the market participants themselves contributed to the recovery, here we can note thorough quarantine measures and reconstruction projects that adapted the retail space to the new agenda and market trends.

As a result, despite the fact that visitor traffic has not yet reached the pre-quarantine level, it is already noticeably higher than in 2020 and continues to recover confidently.

It is important that as of the end of 2021 and the beginning of 2022, the conversion rate has significantly improved – visitors have become buyers, and not just people walking around the mall.

“Despite the fact that QR codes were introduced in many regions, which negatively affected attendance, the trend for traffic growth has been formed and will continue unless any additional restrictions are introduced due to the current situation on covid,” says Vyacheslav Rozhmanov.

In 2021, a record volume of new shopping centers was recorded. According to some sources, this is more than 800 thousand square meters across Russia. These are primarily deferred plans of the past years. The commissioned facilities began to be built 2-3 years ago, and with the use of bank financing – developers and investors assumed obligations before the outbreak of the pandemic.

Now these facilities show a moderate increase in occupancy at the start, but in many of them there are anchor operators, under which a shopping gallery is being built up, and small retailers.

More than half of all shopping malls opened in the country today are in the regions. Moscow does not show a significant increase in retail space compared to 2019.

A noticeable trend of the new time has been the transition from large-scale shopping center projects to district format facilities, which is observed throughout Russia. This is partly due to the obligations on infrastructure development that residential real estate developers have. Therefore, a lot of district shopping centers with an area of 35-40 thousand square meters appear in new neighborhoods.

And the consumer demand itself has shifted to residential areas during the pandemic – many work remotely and travel to the center less often.

Another trend can be considered the transition of the owners of the shopping center to new forms of contracts with tenants, tied to a percentage of turnover. Many tenants at some point in an ultimatum demanded the transition to such a settlement system, and objects with disloyal owners began to lose tenants.

Another notable trend is that large retailers have recently been making some showrooms out of their objects, focused on online trading. The growth of online commerce also leads to a reduction in offline space, and owners are replacing the volumes of large retailers with an entertainment component.

The sad fact of the pandemic reality is that the payback period of the shopping center is increasing, and the profitability is decreasing. Today it is not the desired 7-8 years, as before, but is approaching 10-12 years.

Nevertheless, according to Vyacheslav Rozhmanov, the market is still aimed at revival. “Summarizing, it can be noted that after a year and a half of the pandemic, there is an increase in the attendance of shopping centers and the interest of investors, businesses and buyers in them. In general, there will be a renaissance of shopping centers, although a lot will change here. And the competition will be won by those who will be able to rebuild and give visitors to the shopping center the most popular, convenient and modern format,” the expert says.

Read more in the Forbes material